On 5 April, the Business, Energy and Industrial Strategy (BEIS) Select Committee published recommendations that the Financial Reporting Council should lead a process for reshaping executive incentives.

There are two main issues at play: the scale of rewards which are currently seen as excessive; and the methods of reward and the extent to which they pay out for indifferent corporate performance. While touching on the subject of scale to help set context, this article focuses on the methods of incentivisation and reward. In particular, it argues that poor line-of-sight and general misalignment between CEO and corporate performance undermines confidence in market-based incentives, including the share price growth metric recommended by BEISC, and posits a case for strategic metrics aligned with long-term value creation.

“Executive pay has been racheted up so high that it is impossible to see a credible link between remuneration and performance.”

We stand at a time when Government, public and investor trust in executive remuneration is at its lowest point in recent memory, and reward systems are at an inflexion point. According to a 2016 study carried out by Li and Young of Lancaster University Management School,[i] CEO reward in FTSE 350 companies increased by 83% between 2003 and 2015, whereas return on investment grew by just 1%.

Reckitt Benckiser recently bowed to shareholder pressure by reducing current CEO Rakesh Kapoor’s 2016 pay by £14 million. [iii] The fact that Mr Kapoor was distanced from RB’s issues with the dangerous sanitiser products in South Korea rather illustrates that the shareholder revolt was as much about quantum of pay as it was about the scandal itself.

Following the AGM vote of almost 60% against last year’s remuneration report, BP acted this year by cutting Bob Dudley’s 2016 pay by 40%, and reducing his incentive potential from 925 to 725 per cent of his basic salary.[iv] A wave of re-basing pay appears to be under way, though how far this goes remains to be seen.

Although falling short of imposing upper thresholds or pay caps in favour of a suite of measures promoting pay restraint, a key recommendation in the BEIS Select Committee report was to phase out long-term incentive plans in favour of deferred stock plans based on share price growth vesting beyond five years. These plans have the advantage of simplicity and alignment with investors, so why do I fear we are starting yet another cycle of hope and disappointment?

“While important, relying solely on shareholder-oriented, accounting-based bottom-line measures as indicators of CEO performance has severe deficiencies. Most CEOs know that their ability to affect the company’s bottom line is indirect and often limited.” (Corporate Governance, Andy Schmitz, Saylor Academy 2012)

Except in specific circumstances, the correlation between CEO and corporate performance, as measured by financial and market-based metrics, is at best weak. Typically, CEOs have a highly constrained impact on financial performance, largely because they have no leverage over the company’s economic and competitive environments, and limited indirect leverage on movements in financial markets.

One exception centres on earnings that are highly sensitive to cost. A strong CEO can quickly turn around an ailing company. Measurement of CEO performance in those circumstances is more tangible and evidence-based. However, cost-cutting represents the easiest lever for a CEO to pull, and creates little or no long-term value.

A second exception is the founder/owner model of leadership as illustrated by the US tech giants, where financial and market performances are more closely aligned to the attributes of the CEO. However, acquiring such exceptional talent is rare for the vast majority of mature companies.

For a period after appointment, an incoming CEO will build on the legacy of the previous management’s efforts and decisions. Filtering out the effects of these in the CEO’s package is fairer to the CEO and to investors.

The CEO is increasingly recognised more as an orchestral conductor and less an absolute monarch. Numerous studies have found that financial volatility increases with the concentration of CEO power. A more collegiate style reduces volatility and increases the potential for future value creation.[v] The CEO sets new vision and goals. She or he must also orchestrate the company’s capability by adding and organising talent, by marshalling resources, and by establishing a culture in which entrepreneurial initiatives can lead to tangible value creation. Nonetheless, executive plurality on the board has been shown to improve the quality of strategic decisions.[vi]

So, the relationship between the CEO’s inputs and the company’s performance is not directly linked except in very limited circumstances. Corporate performance relies on wide-ranging external factors, and on a broader pool of internal talent. It is fairer to the CEO and investors to filter-out the effects of previous management when setting CEO pay. It follows then, that CEO incentivisation and reward should be aligned with drivers of long-term value creation, not uncorrelated financial and market-based metrics.

These factors can be addressed by a potential new approach to reward – performance attribution – tailored to the specific functions of the CEO. As these metrics would be specific and relative to the company’s present situation, they would have no direct association with variables over which the CEO has little or no control, and would not draw from the work of the previous CEO.

There are various performance models in regular use now for annual CEO appraisals. For example, Rivero and Nadler[vii] outline three measures of CEO performance: bottom-line impact, operational impact, and leadership effectiveness. However, these measures are often too vague for use as reward metrics.

There are many potential candidates, such as the quality of strategy, entrepreneurial culture, stewardship culture and attraction of talent (a broader list, along with possible approaches to measurement, payout and disclosure, is set out below). Remuneration committees can select a basket of metrics best suited to their company’s requirements.

For metrics to be seen to work effectively, it is important that actions leading to value erosion are penalised, though not necessarily in equal measure to value creation. In the UK we need to allow more room for CEOs to make mistakes in a culture that promotes entrepreneurialism.

To gain wide acceptance and trust, a suite of suitable metrics would need to be developed with the following characteristics: broad applicability and reliability across sectors, reporting periods and in varying conditions; transparency; the facilitation of accountability; and safeguarding commercial confidentiality.

Balancing robustness and simplicity is also a key demand of major investors.

If these challenges can be successfully navigated, this approach offers the prospect of breaking free from the negative cycle of fix, failure and mistrust. Instead, a demonstrable and reliable link could be achieved between key value drivers, CEO performance and reward.

Eradicating financial and market-based metrics will go a long way to reducing investor and public mistrust in executive pay.

A performance attribution approach based on long-term value drivers would also help address management fixation with short and medium-term measures to boost earnings or the share price. More than ever, during and after the current Brexit negotiations, investors and society need CEOs to think longer term, creating world-class businesses while the UK repositions itself in the world.

[ii] The gulf between employees’ pay and chief executives’ pay and the adverse impacts on UK plc, One Society, September 2011

[vii] Building a valuable relationship between CEOs and their boards, Rivero and Nadler, Mercer Management Journal, 2003

[viii] How Do You evaluate CEO Performance? 6 Ways to Grade the Chief, Joel Trammell, Forbes: The Little Black Book of Billionaire Secrets, 18 August 2013 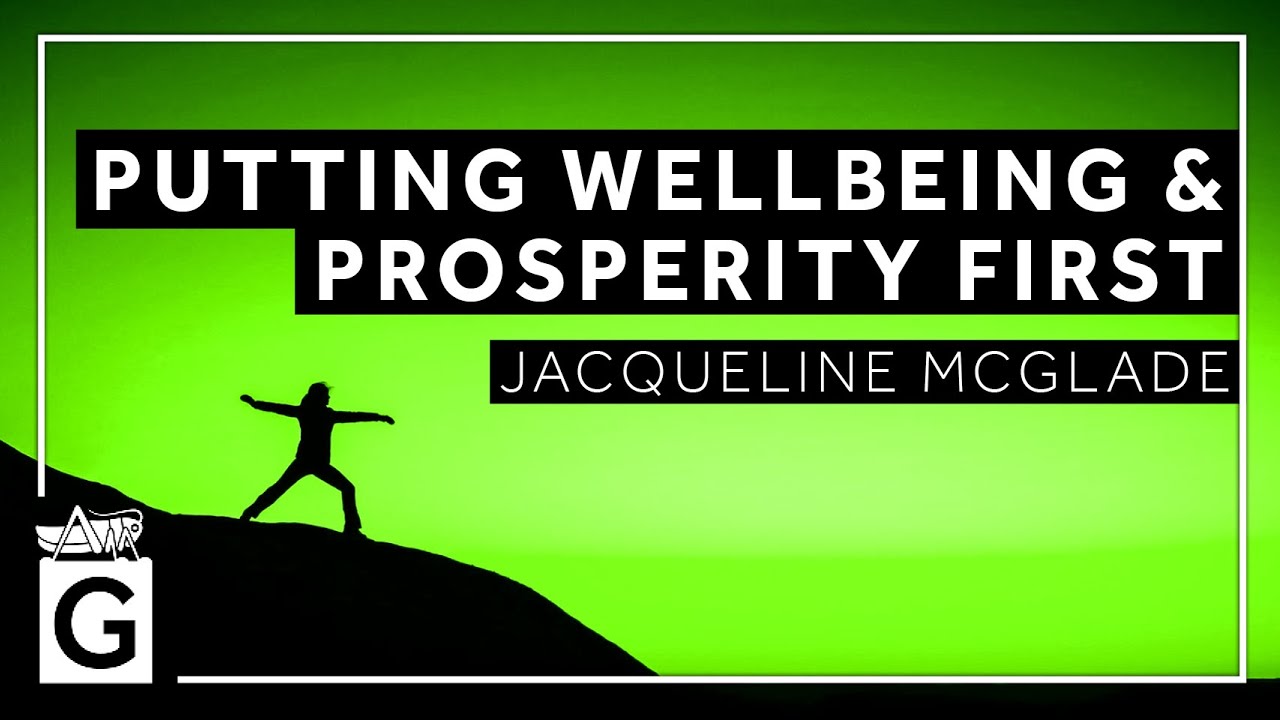 Designing the new economy and the cognitively diverse board

There is a seismic shift underway in economics, hastened by the aftermath of the Covid-19 pandemic.
Dr Tamara Russell

We are delighted to be recognised this year in the Governance Hot 100 industry awards for innovation. The boardroom is quickly evolving,...
Neil Tsappis and Dr Tamara Russell

In this article, we discuss ew ways of working that will help improve the quality of boardroom decisions and their longer-term outcomes.
Dr Tamara Russell and Neil Tsappis

THE HIDDEN WORLD OF SHORTCUTS

If you are a boardroom leader or influencer, my aim through this four-minute read is to convince you of the short window of opportunity you
Neil Tsappis and Dr Tamara Russell

Blackrock's Larry Fink has called for company boards to improve their 'long-term value creation and work to build a better framework for...
Neil Tsappis

Call for participation: academic study on the frontier of women in leadership

Designing the new economy and the cognitively diverse board

THE HIDDEN WORLD OF SHORTCUTS

Call for participation: academic study on the frontier of women in leadership

Courage as a Skill